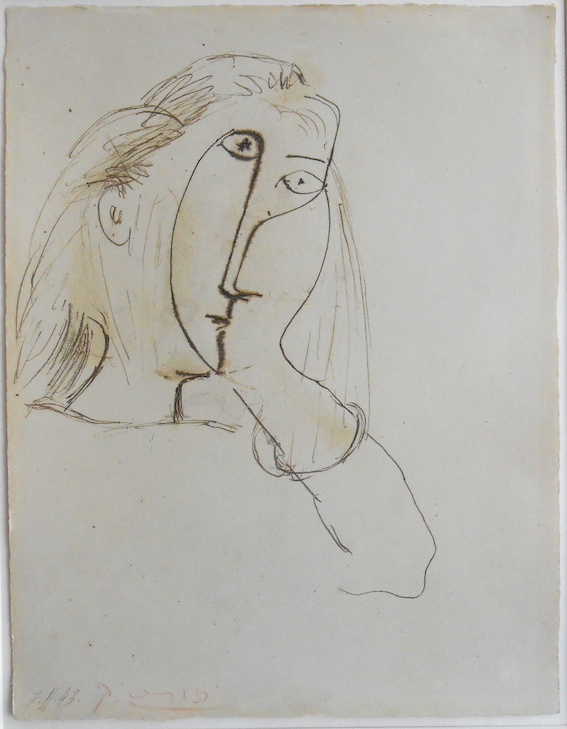 Woman Resting her Head on her Hand (portrait of Dora Maar) 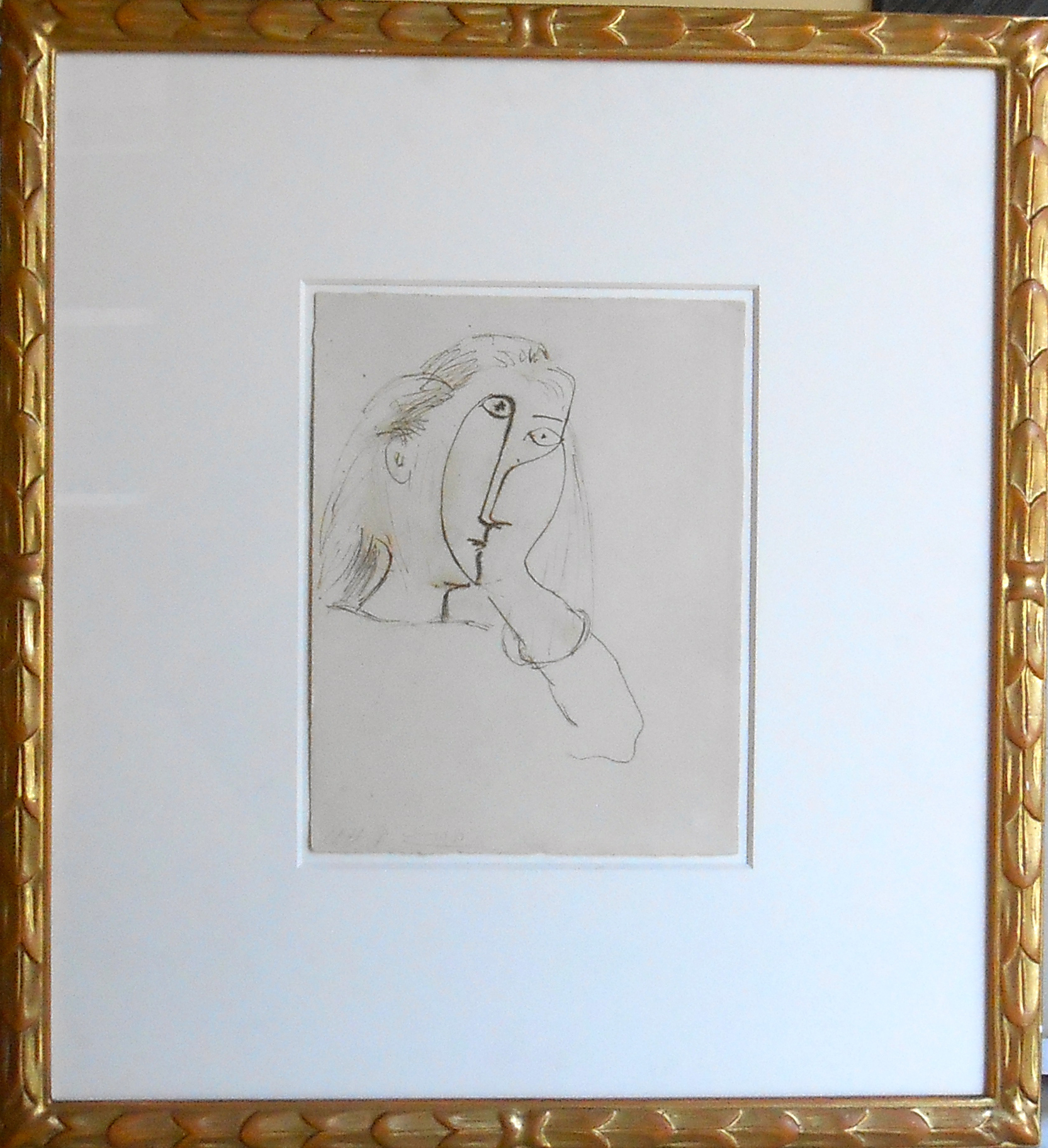 At the end of 1943, the relationship between Picasso and Dora Maar was under severe strain. In May, Picasso met Françoise Gilot, 20 years younger than Dora and 40 years younger than him. Dora’s state of mind became increasingly unstable. She had already shared Picasso with Marie-Thérèse and their daughter Maya for years.