– Soulages at the Louvre, December 11, 2019- March 9, 2020. The Louvre museum in Paris is marking Pierre Soulages’s 100th birthday with a rare tribute to a contemporary artist. The only other living artists given shows there were Pablo Picasso and Marc Chagall. A selection of works by France’s greatest living artist created from 1946 to 2019 will be shown in an exceptional three-month exhibition that will take over the entirety of the museum’s prestigious Salon Carré: https://presse.louvre.fr/span-font-sizespansoulages-at-the-louvre-span-span/

– In Memory of Claude Lalanne (1924-2019), by Jean-Marc Michali.
The marvelous and visionary French sculptor Claude Lalanne died on April 10, 2019 in Fontainebleau at age 93. I had the privilege to know her and her husband Francois-Xavier Lalanne (who died in 2008), since I had organized an exhibition of their work in Lyon in 1989. My visits to their farm and studio in Ury, where the artists were surrounded with hens, cats and rabbits in a garden that inspired their poetic work, remain fond memories. [continue]

– The Haas Brothers, Ferngully, exhibition at the Bass Museum, Miami, until April 21, 2019: 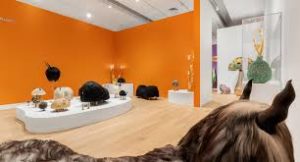 – Lucio Fontana: On the Threshold, exhibition at the Met Breuer and Metropolitan Museum, NY, until April 14, 2019. The first major survey of Lucio Fontana (1899–1968) in the United States in more than forty years, this exhibition reexamines the career of one of the most innovative artists of the twentieth century: 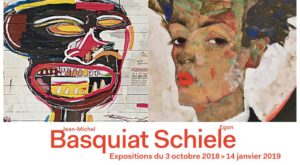 – WAYNE THIEBAUD, DRAFTSMAN, exhibition at The Morgan Library & Museum, May 18 through September 23, 2018:

– FACE-OFF: PICASSO/ CONDO, exhibition at Sotheby’s Hong Kong, Mar. 16- Mar. 31, 2018. This exhibition will comprise psychologically-charged paintings by these two prodigious artists, and will also include a selection of major Picasso paintings lent by collectors in the region. 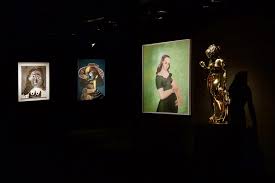 – KLIMT AND SCHIELE: DRAWN – Museum of Fine Arts Boston (MFA) , Feb. 25- May 28, 2018. To mark the centenary of the deaths of Gustav Klimt (1862–1918) and Egon Schiele (1890–1918), the MFA presents an exhibition of rarely seen drawings by the Austrian artists on loan from the Albertina Museum in Vienna: Katie Hanson, assistant curator, Paintings, Art of Europe, introduces “Klimt and Schiele: Drawn”

The French sculptor César Baldaccini, famous for his compression of industrial objects and his expansions, is one of the most important French artists of New Realism. From his work addressing current themes like over-consumption, he questions through a satirical universe which denounces as much as it intrigues. The exhibition at the Pompidou Centre shows 100 works from around the world, many of which are today considered to be icons of modern sculpture. Undoubtedly one of the most important personalities of the last century, he is the author of the giant Thumb, located in the La Défense business district, a Centaur, in the 6th arrondissement and the bronze trophy for the ceremony of the ‘Césars’ French Cinema awards.
– LES SOULAGES DU CENTRE POMPIDOU, Musee Soulages de Rodez, June 7, 2017 – Jan. 7, 2018: visit of the exhibition.

– CHINESE ARTIST SANYU TOPS PARIS AUCTION AT €6.9M: Sanyu (also known as San Yu or Chang Yu) was born in Sichuan in 1901 and studied in Japan before moving to Paris in 1920. He exhibited regularly at the Salons d’Automne during his lifetime but interest has also been raised more recently after an extensive retrospective of his work was held at the Musée Guimet in 2004.

– CALDER- THE CONQUEST OF TIME- The Early Years: 1898-1940 by JED PERL (Oct. 24, 2017): The first biography of America’s greatest twentieth-century sculptor, Alexander Calder: an authoritative and revelatory achievement, based on a wealth of letters and papers never before available, and written by one of our most renowned art critics.

– The Mythical $570 Million Cerruti Art Collection Finds a New Home at Turin’s Castello di Rivoli. From Modigliani to Warhol, the legendary Cerruti collection has all the big names.

– Exhibition “In Focus: Pierre SOULAGES” at Museum Art.Plus in Donaueschingen, Germany, until 21 January 2018. 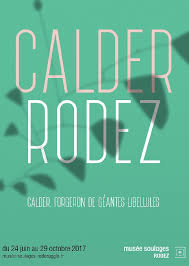