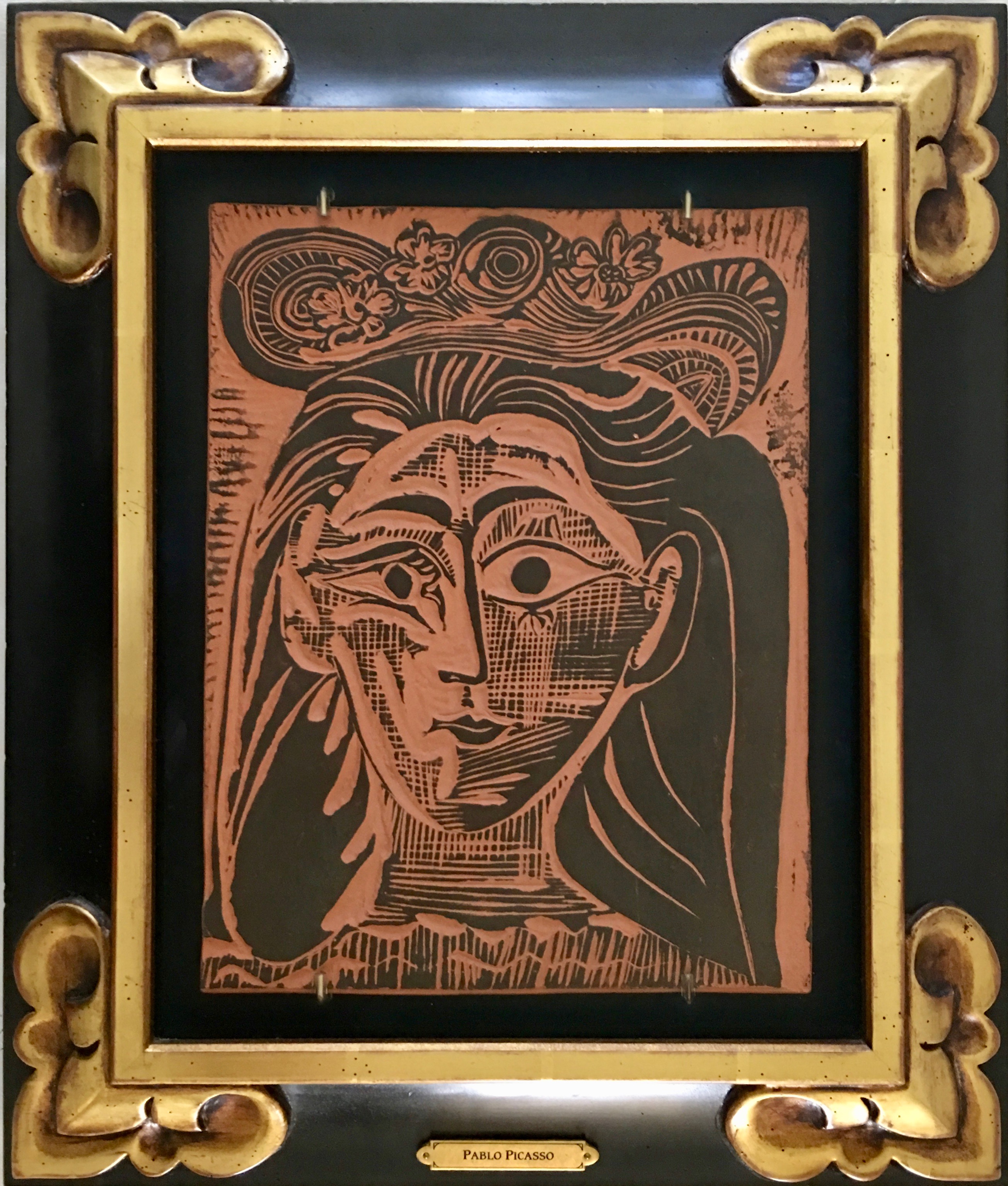 This work belongs to a series of seven terracotta plaques that Picasso produced at the Madoura Pottery in Vallauris in 1964 with the Ramié’s. Each was produced from a plaster cast of an earlier linoleum block carved to create linocuts (with the local printmaker Hidalgo Arnéra).
Five of this series of seven plaques depict the artist’s second and last wife Jacqueline. He met her in 1952 at Madoura where she came to work and married her in 1961 in Vallauris.  He created over 400 portraits of her, more than any of his other lovers.
The superb texture of this work, with the fine, vigorous carving and the linocut style of mark-making that emphasize the strong dark features of Picasso’s muse, is strongly reminiscent of the artist’s cubist roots. 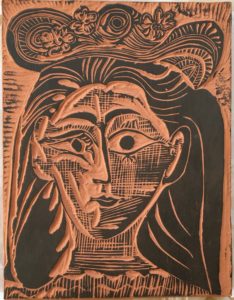 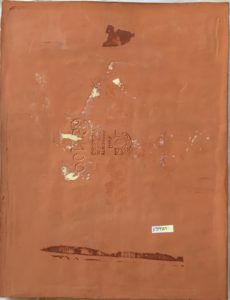 , the new way to buy art.
Take your art home and pay for it later. 10 payments. Interest free.